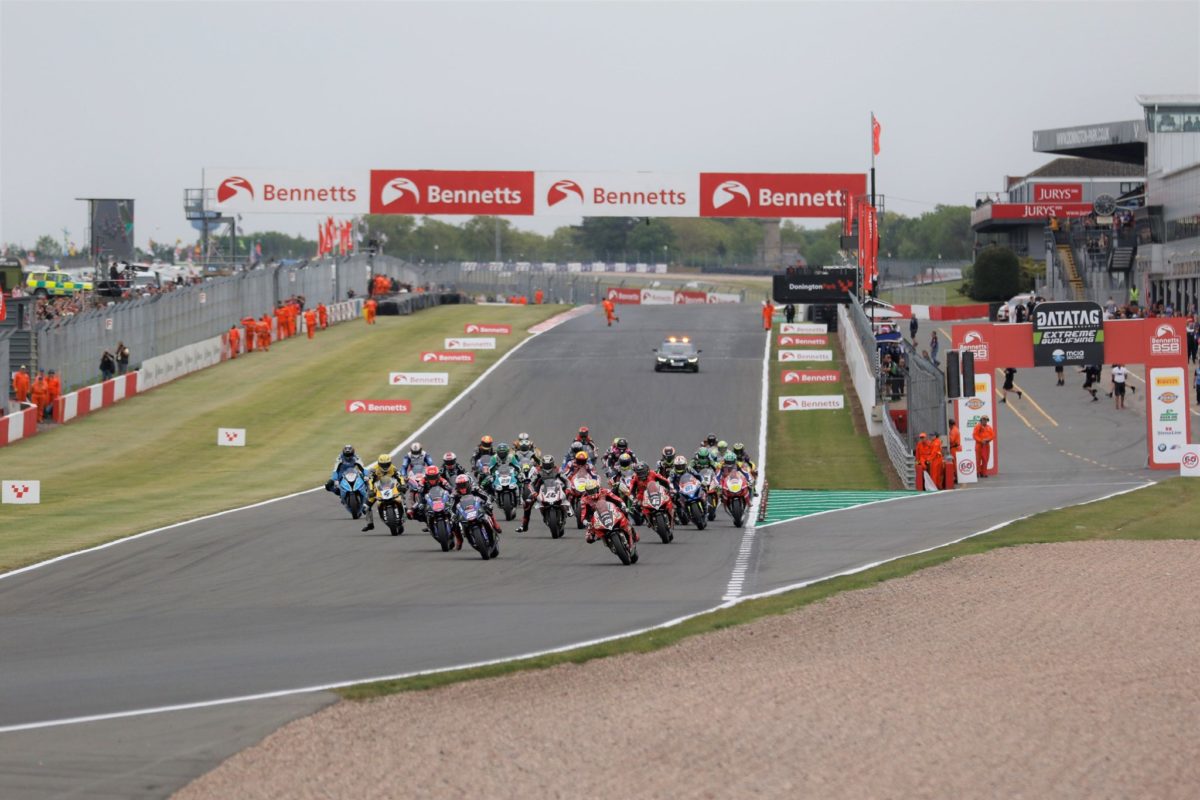 Bennetts British Superbike Championship organiser MSVR has today announced an updated 2020 calendar following approval by its governing body, the MCRCB. The new schedule will feature six triple-header events, totaling 18 championship rounds, all of which will be broadcast live on Eurosport with free to air highlights on Quest and ITV4.

Following extensive consultation with teams, broadcasters, partners and circuits, the revised provisional calendar will begin at the start of August with the opening rounds taking place at Donington Park (National) on 7/8/9 August.

Given the reduction in championship races from 27 to 18, the usual ‘Showdown’ format will not be applied to the 2020 Bennetts British Superbike Championship. An official test will take place prior to the opening round at Donington, with full details to be confirmed soon. 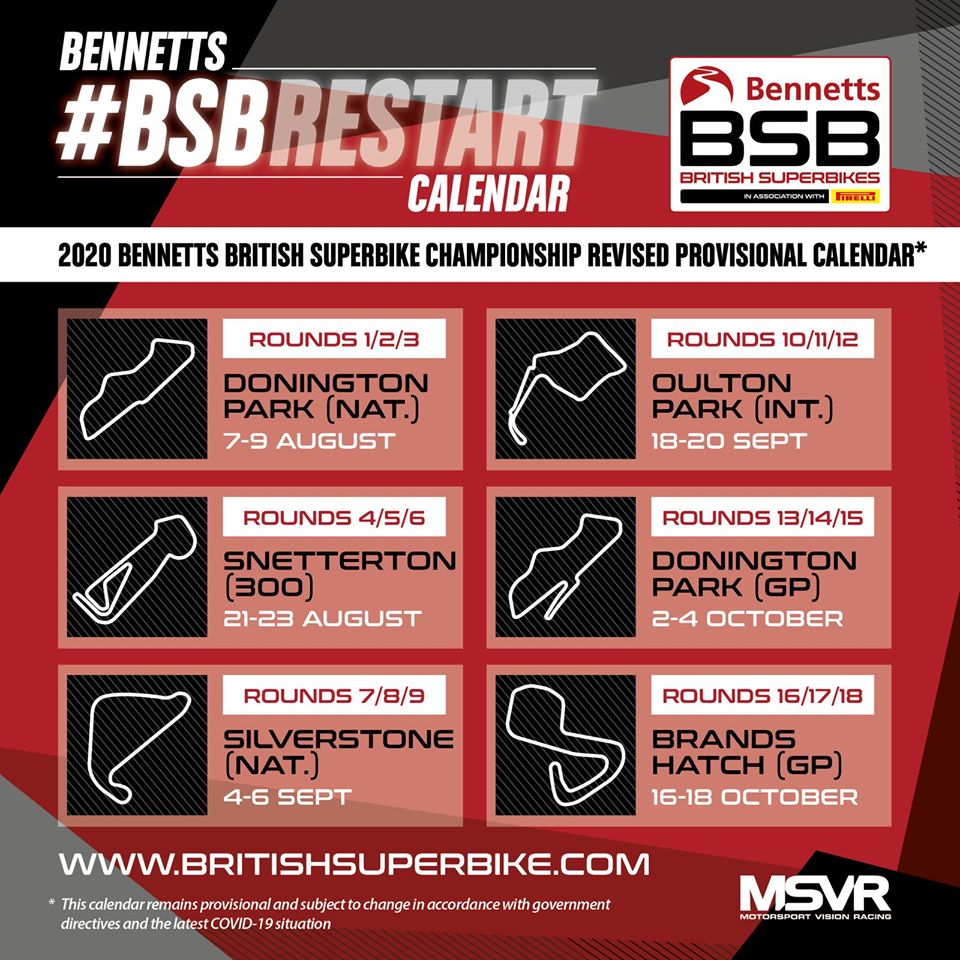