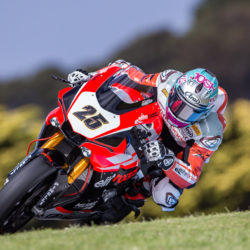 Melbourne based ER Motorsports took on the best Superbike teams in the World this weekend as a WorldSBK Wildcard at Phillip Island.
Josh Brookes, the only Australian on the grid, raced his 2015 British Championship winning R1 to 12th place on Sunday, despite an engine rebuild with just minutes to spare before the race.
On Saturday, the team who was headed by Deon Coote of EliteRoads.com.au, was forced to retire from the race as the bike was over heating. Investigations that evening revealed a broken water pipe was the issue and because the team had already lost their ‘race engine’ in the pre-season test, had hoped for the best that no further damage had been done, as they didn’t have another engine to go to.
Morning warm-up revealed luck was not on their side and they had to pit-in with minutes to go due to the same over-heating issue from the day before. This confirmed the problem on Saturday was actually caused by a blown head gasket, but this was only revealed once the engine got hot enough again in warm-up. So they had to act fast if they were going to make the race!  The team rallied together to strip the bike, find additional parts they needed, get the two broken motors side-by-side and combine the two into one that might work. They then had to re-build the bike, all within just 2 hours and 40 minutes until the pit lane opened, something that even the most qualified professionals would find challenging!
Josh ‘There was a great vibe in our garage as we had support from a variety of people this weekend. From sponsors, friends getting on the tools last minute, to our mis-match of mechanics with different skill sets. Pretty much everyone there were volunteers and it was all hands on deck! Everyone worked together to get the job done and i’m really greatful for that.
It’s disappointing we couldn’t finish race 1 and get a result that justifies everyones efforts but despite our challenges to come away with 12th on Sunday and in front of some of the factory teams was a beautiful result. If you had seen what what happening in our garage minutes before the pit lane opened you wouldn’t have believed we would be even starting!
To be a wildcard your always going to be up against it and after our race engine went it testing we had to re-evaluate what we could achieve. Looking back there’s a lot of things I’d do differently and a lot of what if’s… If only we’d had more HP, if only we’d finished race 1… the results could have been better but considering what we overcame we’re more than happy and I want to say Thank You to everyone involved for their support and hard work’ 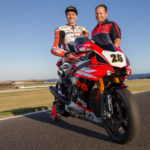 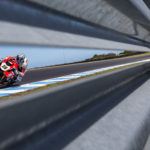 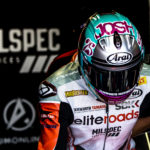 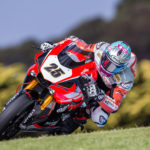