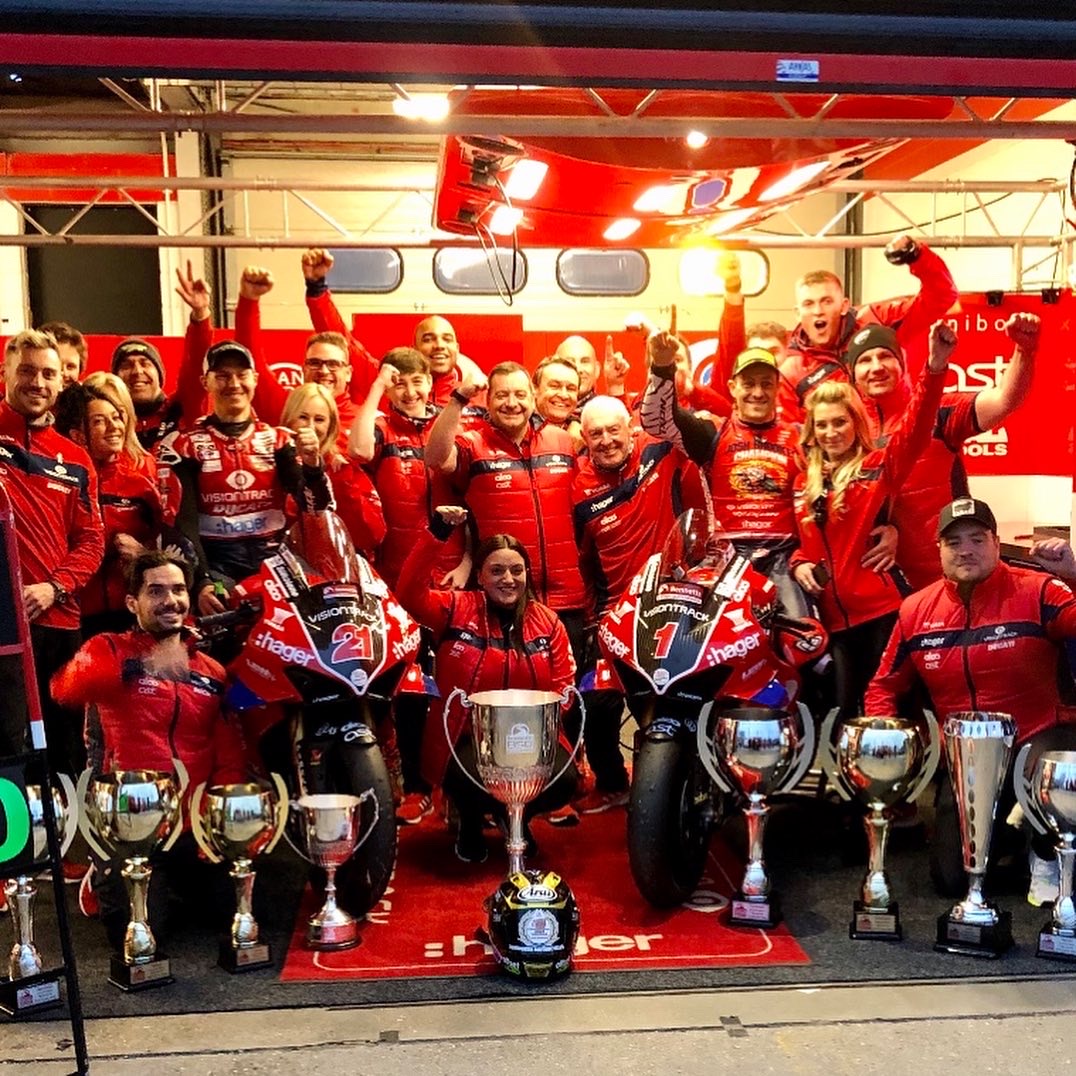 You once lived in  N.Ireland and have many connections with our very small country can you share some memories including TAS Racing.

I first come to NI when I raced with TAS. I felt the country & people had far better connections to Australia than what I’d experienced in England, so I instantly felt more at home. I became good friends with Gordon Crockard the 3x British Mx champion and lived at his place in Newtownards for 7 years. I’d still live there now but circumstances change, so it’s not practical. I still spend time there when I can though, its a great place.

Did living in N Ireland sow the seed in taking the massive step to go road racing at the IOM TT and NW200.

Your race results at the TT and your podium finish at the NW200 produced excellent results. Why did you not pursue road racing?

No, the seed was sewn the first time I went to the IOMTT in 2009 and I did the NW200 almost as a build up to the TT. It’s not that I didn’t pursue road racing but for me it takes a secondary seat to my my main racing in the British Superbikes, so for me that has to be the higher priority and its often to do with my BSB contract as to why I can or can’t do the roads.

Josh – tell us a little about your history with Ryan Rainey your PBM Ducati crew chief. What ingredients and skills did Ryan play in your success in winning the 2020 BSB SUPERBIKE CHAMPIONSHIP.

I don’t have any influence on the staff PBM employ so the first I knew of Ryan was when I arrived to work there myself in 2019. I think Ryan having raced for many years himself can relate to the comments and feedback I have about the bike and he doesn’t just think about it from a mechanic point of view but i’m sure he envisions how it feels from the rider point of view too.

There’s no area of the bike that isn’t considered as an adjustable component. So depending on what the problem is at the time, you’ll make any changes necessary to find a solution. The bike is extremely complex but if I had to generalise most of the changes are in suspension. As the gearing for example is dictated by the circuit you are racing at.

There must be extreme pressure in a multi million pound race garage share some of the highs and garage lows when working along with Ryan and your team in 2020.

I’m not influenced by the value/cost of running the team, I will always try to achieve the highest potential in the circumstances I have to race in. This year didn’t have any particularly low points, and I think that stems from my crew. We have a really good working environment in PBM and there’s a great working relationship with everyone, so we don’t let any of the stresses of racing get the better of us

You have years of technical experience of bike set up yourself. Vital choices have to be made in the garage and tactical racing on track. Race 3 at Brand’s Hatch was a brilliant display that covered both of these areas ?

The need to have the bike perform well is of top priority in all racing circumstances. So it’s the standard to strive for perfection. I think where I excel is switching from development mindset of a practice session to just dealing with what we have, even if it’s not perfect, when I line up to race. At Brands Hatch I had a bike capable to win all 3 races, all i needed was to get in the frame of mind that would bring me to my threshold. I knew I only needed to finish 3rd in the final race to take the championship but that didn’t feel right, I wanted to win it the right way.

You have an incrediable racing CV and this year you are once again the Bennett’s BSB Superbike Champion – You have expressed interest in MOTO GP – would not WSBK be the next option if we can disperse of the dreaded COVID-19 pandemic.

Yes, I express interest in Moto GP but I think its only natural that any racer would, I think it would be strange to find a racer not motivated by MotoGP. Initially I think being Australian closed a lot of doors to gain opportunity in WSBK or MOTO GP and most certainly now at my age the ship has sailed for me to get a chance of moving to any other category. Besides I’m happy where I am racing in British Superbikes and I’m grateful for the opportunities i’ve been given there.

Leading into this year, there was possibly some doubt in peoples minds, how the departure of Giovanni to WSBK would affect the performance of the team .

I didn’t predict any issues, as during 2019 I could see Giovanni would often consult with Ryan about bike set up and direction of changes. So now the results of 2020 have confirmed my opinion. This season operating on a condensed schedule with 3 races per round meant there was more work for the crew to do and less time to do it. It was key for Ryan to delegate the work appropriately, I think it would have been easy for any crew to get over worked and burned out. Sometimes I think Ryan even pulled back from making some of the changes to allow an efficient operation of each session. I think the biggest surprise for us this year was how the new tyres affected the bike. Historically you would always use previous years data as a guideline and then try to progress from there. Given that, based on last years results we should have started this year a head above the rest, but in some cases I think it was even a hinderance we had last years data, as the bike performed so differently on this new configuration. This year we also lost a practice session from the schedule and often wasted time attempting to run set ups we knew worked in 2019 and eventually abandoned any of that data and just created new settings at each circuit. Loosing Brands GP in the summer, Cadwell and Thruxton from this years calendar was a big hit to our artillery, they were big point scoring rounds for us because the bike worked so well. Where as this year we knew we still had to combat silverstone and Donington national circuits, which to achieve top results on the Ducati, are more challenging.

Winning always feels great but given the extra challenges of this year, as briefly highlighted here, makes it that bit sweeter …and I couldn’t do it without a great team behind me.