This weekend at Assen, was the first of the 3 BSB showdown rounds. Having rode the circuit a few weeks back for the IDM Championship, we had some good bike setup ideas going into this round. Although the weather was mixed, we lead every Free Practice Session and qualified on Pole.

Race 1,  Went just as planned. The track was dry, I got a good start from pole position and reached turn one first. Apart from a short challenge from Ellison on lap 3, I had the race under control and lead start to finish. The winning margin at the end of the 18laps stretched to 6.5 seconds.

In Race 2, The start was delayed due to rain and when it eventually got started, race direction declared it a wet race. However me and 90% of the grid still chose to race on dry weather slick tyres as the rain wasn’t enough for a rain tyre to last the race distance.  Just like race 1 I got the holeshot from pole position but then also had to be the brave one setting the pace one a cold damp track. I led for a few laps but being too cautious dropped back to third. A slide from the rear then forced me to 5th. A few laps later the track started to get dry out and I fought my way back in the lead to take the win.

Coming away from the first round of the showdown with 2 wins and a new lap record is a good feeling, and extends our championship lead by 28 points. Im looking forward to getting to Silverstone now (one of my favourite tracks) for round 2. 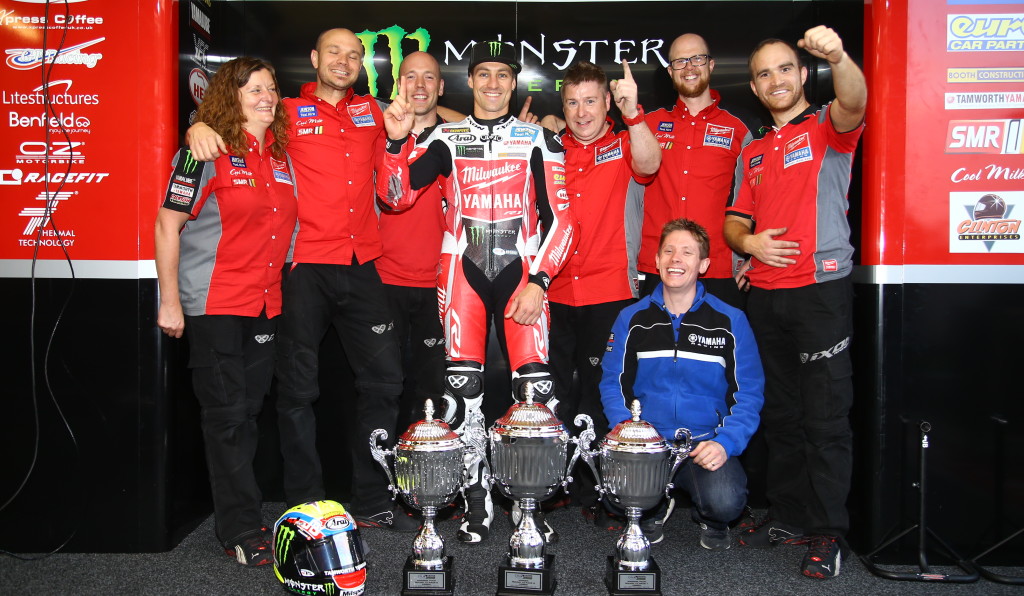